Both Church and country are deeply divided. Author Hannah Anderson believes developing the biblical discipline of discernment can help us sort through all the messages so that we can determine what is good and then pursue it.

“We are being flooded with information and the conversations are often so polarized, so tribal, that we almost need more discernment, maybe, than previous generations,” she says.

Anderson’s the author of three books. One of them is All That’s Good: Recovering the Lost Art of Discernment.

“A lot of the polarization that we’re experiencing is because we’re missing this longer, harder process of discernment,” she says. 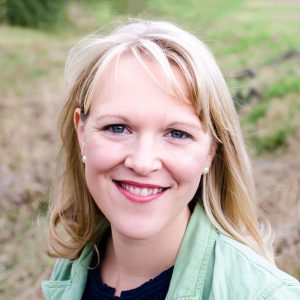 Discernment, as expressed in the Bible, is more than identifying what’s wrong. It’s “knowing the difference between good and bad so that you can pursue the good,” she says.

Every day there’s more to wade through to find what’s good. Unlike in any time in history, our phones and laptops bring the debates of the public square right to our kitchen tables.

“We’re flooded with conflicting opinions,” she says. “And I think to handle that, sometimes we will take shortcuts.”

Shortcuts can seem attractive because they simplify a complicated world.

“Some of those shortcuts can just be something as simple as polarization and tribal affinity: ‘If my guy said it, then it’s true. And if your guy said it, then it’s false.’ That really is just a way for human beings to cope with this very chaotic world,” she says. “But it is a shortcut, and it won’t necessarily lead us to goodness.”

That’s because when we retreat into safe spaces, or hunker down in like-minded tribes, the people we depend on to tell us what to think could be wrong, and should be challenged.

“That’s why developing discernment in the way that the Scripture speaks about it, as testing things for whatever is true, pure, lovely, of good report, whatever is excellent–that that list of virtues that ultimately reflect the nature of God, those kinds of tests are harder in many ways,” she says. “But they actually lead us to goodness.”

Learn more about Hannah Anderson and her books here.